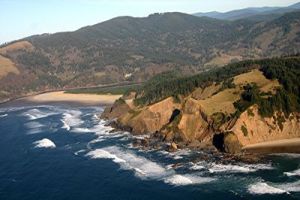 Virgilia Schlappi known to many as “Lily” was born Virgilia Tupaz in Leyte Philippines on October 27 1952. She is the third of twelve children, aunt to many nieces and nephews  and mother of two children.
She was married in 1992 to Albert Levoi Schlappi of Lincoln City, OR where they lived together for 11 years until his passing. She is survived by her two children: Christopher Laus and his wife Sheila of  Florida, Angeli Ann Schlappi of Las Vegas, and her significant other, Mike O Brian. She is  also survived by two grand daughters, Keeshia and Chiara, as well as ten siblings who live in the Philippines, California and Oregon.
Lilly was immensely proud of her family: her son Christopher is successful in his field of work, happily married with two daughters, one of whom was recently awarded a Masters degree from Columbia University; (the other is in high school).  Angeli Ann is a graduate of University of Oregon and is currently employed by Tandem Diabetes Care as a Territory Manager in Las Vegas, NV. The firm experienced 317% growth in it’s common stock last year and Angeli Ann is regularly recognized/rewarded for her outstanding work performance.
Lily started working at age 12 primarily to earn money to help support two older sisters through college, both of whom graduated with honors. Lily was committed to helping her entire family financially, including nieces and nephews with obtaining education.
She will be remembered as a selfless mother with nothing but unconditional love for Christopher and Angeli Ann; for her immense generosity and compassion for anyone in need; for her positive outlook on life; for her infinite cheerfulness; and for always giving even when it meant sacrificing of herself.  Lily loved cooking and frequent interactions (bbq’s) with family and friends.
She was a uniquely devoted sister who always had a smile even when times were tough. She practiced a quiet strength, a strong resolve… never complaining and always looking forward to a  brighter, better future.
We love her so very much and will miss her immensely, but we are at peace in knowing that she is with God in Heaven, where there is no more suffering.
(Lily succumbed to stage 4 lung cancer September 10, 2019 after fighting the disease for three years.)

To send flowers to the family or plant a tree in memory of Virgilia Tupaz Schlappi, please visit our floral store.

You can still show your support by sending flowers directly to the family, or by planting a memorial tree in the memory of Virgilia Tupaz Schlappi
Share a memory
© 2020 Pacific View Memorial Chapel. All Rights Reserved. Funeral Home website by CFS & TA