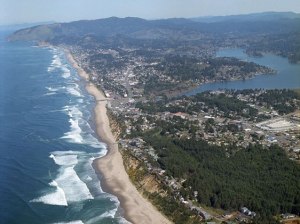 Robert “Rah” or “Bob” Linn Dines, craftsman and nature enthusiast, passed away in his home in Lincoln City, Oregon. He was 67.

Mr. Dines was known for his skillfulness in engineering, car restoration, woodworking, and luthier craft. He was greatly proud of the instruments he hand-built, primarily guitars, for his family and friends. A dedicated vegetarian and animal lover, he enjoyed cooking and the companionship of his dog, Winston.

A Buddhist with a deep love of nature, Robert spent much of his time backpacking, surfing, mountain biking, and snowboarding along the Pacific Coast. As a music enthusiast, he was a frequent attendee of concerts in the San Francisco Bay area, and he was constantly seeking out and sharing new genres of music. He often made repairs and did handiwork for others, and he had genuine curiosity and support for whatever interests his family and friends pursued.

Mr. Dines was born on April 25, 1952, in Santa Clara County, California to the late Mr. Robert and Mrs. Jane Dines. He is survived his son David, his wife Jennifer and their daughters Francine, Sofia, and Carolina; his son Anthony, his wife Stephanie and their daughter Cecilia; and his older brother Michael, his wife Bernadette and his son Kevin.

Arrangements are being entrusted to Pacific View Memorial Chapel in Lincoln City, Oregon.

To send flowers to the family or plant a tree in memory of Robert Linn Dines, please visit our floral store.

You can still show your support by sending flowers directly to the family, or by planting a memorial tree in the memory of Robert Linn Dines
Share a memory
© 2020 Pacific View Memorial Chapel. All Rights Reserved. Funeral Home website by CFS & TA