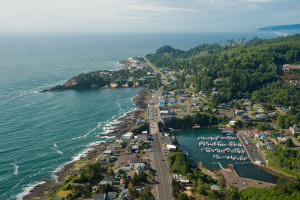 Ray’s education began at Columbia grade school and then Benson High school. Later Ray attended Oregon State University, was a member of Kappa Sig Fraternity and graduated in 1947 with a Bachelor of Science in Civil Engineering.

Ray served in the Korean War in the Army and was assigned to work with the Air Force. He was awarded the Korean Service Medal with 2 bronze Service Stars and the United Nations Service Medal.

Following Ray’s discharge, he worked for Pacific Automatic Sprinkler (later Harder Mechanical Contractors INC.) He became Vice-President and retired in 1978. Upon retirement he formed both R.C. Hansen, Inc Contractors and R.C. Hansen Co. Consulting which he ran into his 80’s.

Ray became a member of the Portland Yacht Club in 1943 and was the oldest living member. He volunteered at OMSI, Vista House, City of Fairview, OR and even Committeed for Dragon boat races. A big Highlight for Ray was hosting the visiting Admirals one year for Rose Festival.

Sailing, travel and reading were some of Ray’s things he enjoyed. He sailed the Victoria to Maui race. He, Barbara and crew sailed form Portland to Mexico over to Hawaii and home for a 10,000-mile trip. A trip up to Alaska and one from France, though the Straits of Gibraltar were also taken. Sail boat races on the Columbia river with the Yacht Club were enjoyed. Ray was also a world traveler who enjoyed seeing and learning new things.

Contributions may be made to the American Cancer Society

To send flowers to the family or plant a tree in memory of Raymond Charles Hansen Jr., please visit our floral store.